If you are British than you probably know what I’m talking about when I say the word “bin”. You know right off the bat that I’m referring to a trash can (which you would call rubbish). Therefore, by default, you would know that bin liners are the same thing as trash bags. Well, when I talk about bin liners in the industrial world I’m talking about bags that line bins in order to protect the product they hold. It’s a much larger scale. 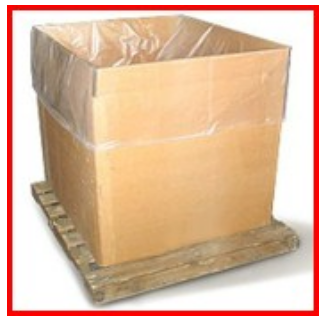 That is the convenient thing about the English language. When you say “trash can” it can’t be confused with anything else. It doesn’t have to look like a trash can (some friends of mine use an old hamper, actually. It’s very retro). It might also be outright disguised. You might say, “Where is the trashcan” and whomever would show you, or direct you to it. If you were to say, “Where is the bin”, that leaves a lot of room open for interpretation. Bin for what? Bin for firewood. For sorting hardware. For separating toys. The word bin is far too general. “Trash can” is specific.

The other difference between bin liners and trash bags is that trash bags are two flat pieces of plastic sealed around the edges. A bin liner has a height, a depth, and a length. This is due to the gusseted sides. What is a gusseted side, you may ask? In this instance, a gusset is an extra piece of material sewn in to enlarge the item. For example, our clothes have gussets all in them.

Have you ever noticed that our pants aren’t just two pieces of cloth sewn together? Particularly in the crotch is that extra piece of material (the gusset) so that our butts can be accommodated. Otherwise we would all still be wearing dresses and skirts and wraps. And by all of us I mean all of us.

Since bin liners have to fit into large, square boxes they need gussets on the sides or they would be pointless. Thanks to the invention of gussets, we now have pants and bin liners.

When I think about bin liners I automatically think about Ben Stiller. You know, the actor? Allow me to explain. As I was learning about bin liners, I discovered that the bins they line are actually called gaylords. The really incredible thing is that when I Googled it (gaylord), this popped up: what is a gaylord container. How fascinating! I was not the only person on the planet who had wondered this and gone in search of an answer. 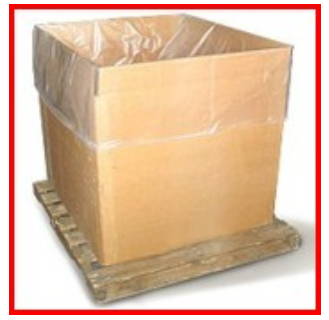 Apparently “gaylord” is the trade name for a specifically large, specifically reusable shipping container. Why are they reusable? The bin liners, of course! Apparently they are called gaylord containers after the name of the corporation that started making them. These are more than just the average cardboard box because they are designed to carry heavy weights, sometimes even being triple –walled. At PackagingSupplies.com they call their gaylords “heavy duty” or “extra heavy”, and they also sell the bin liners.

As for why bin liners make me think of Ben Stiller, it’s because of the gaylords. In the movie Meet the Parents his name is Gaylord, and not only is that a smile-cracking name because of how it sounds like a character in a William Shakespeare production (no offense to all you Gaylords), it’s funny because all characters that Ben Stiller plays are funny.

The gaylords, the bins, if you will, aren’t even the real hero here, though. It’s the bin liners. At PackagingSupplies.com they come in just about a hundred different sizes, and I’m not exaggerating in the least. I hope that you can still take me seriously even after all I’ve said about Ben Stiller. Because I’m being serious. The very convenient thing about the bin liners is that they come in a roll, with perforated ends that allow for easy access and removal. It’s not like a giant garbage bag box, where you want to just pull out one bag but you wind up pulling out multiple ones because they are all static clinging to one another, and then you have to stuff the rest back in the box for next time.

These bin liners are easy to use, they are gusseted which provide a third dimension (which doesn’t’ have anything to do with aliens, its just a way of saying they are 3D; not just flat bags, they have extra material on the sides so that they open up nicely). The bottom line is that if you deal with bins, you should start dealing with bin liners. But don’t take my word for it, take Gaylord’s.