In part one of “How to Make Chocolate: From Cocoa Powder to Candy Boxes” I spent the first half of the post talking about how unfortunate it is receive a gift that really isn’t any fun to receive (AKA five dollar lotion from Wal-Mart).  Then I elaborated on the one gift that is always well-received, which is homemade chocolates and/or candies.  Seriously, though, if it’s your coworkers birthday or if someone is graduating, either of these people and anyone in between would be elated to unwrap some homemade butterfinger bites (which I explained how to make in the first post).  I made sure to emphasize the importance of presentation, which means that you should use real candy boxes instead of Ziploc bags, which will really just send your giftees over the edge with appreciation. 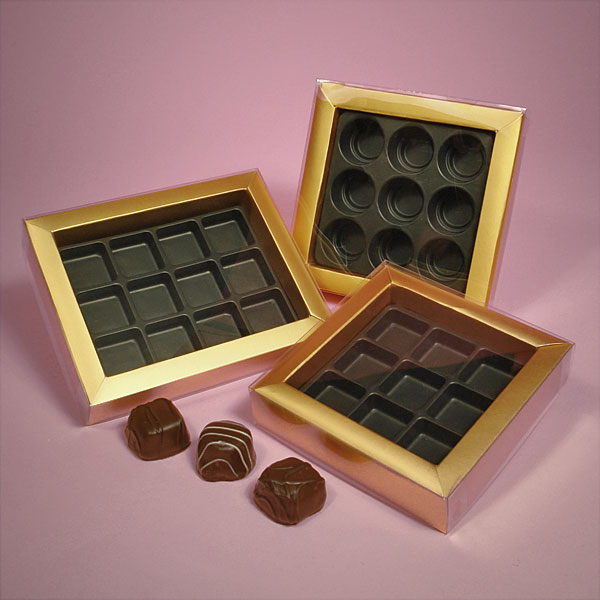 Then I gave the recipe, and then I promised to write more recipes in part two of “How to Make Chocolate: From Cocoa Powder to Candy Boxes”.  Which is this one.  And so, without further ado, some more chocolate recipes:

Copycat Three Musketeers: melt eight ounces of chocolate (I talked about how I do this without burning the chocolate in the first post).  Then melt seven ounces of marshmallow crème and stir it into the melted chocolate chocolate.  Spread into a loaf pan lined with wax paper or sprayed with nonstick.  Put in the refridgerator until completely cooled, and then cut them into equal sized bars (you will probably get six if you are going for regular sizes).  Melt eight more ounces of chocolate and dip each bar into it.  Place on a prepared baking sheet and refrigerate until set.

Homegrown Rock Candy: Yes, I said homegrown and not homemade.  Tie a piece of yarn to a butterknife and rest the knife over the top of a jar so that the string hangs down almost to the bottom.  Boil some water, and then start adding sugar.  Add sugar until it won’t dissolve anymore.  You have to get this part of the process or you can’t grow the rock candy.  Add a couple drops of the food coloring of your preference, or you can leave it clear if you are boring like that.  Pour the solution into the jar, and then set it somewhere where it wont be messed with for a few days (I recommend covering it with a paper towel to keep dust from falling in).  Check on it every day, without touching it, and you can watch the progress of the crystals climbing the yarn as the water evaporates.  So cool!

[Don’t forget to packaged everything in the candy boxes as soon as it is done, to avoid any unnecessary and heartbreaking disasters!]

Everyone likes to get gifts, and if you say you don’t than you are lying.  We may not all like to sit there and open presents in front a crowd (I know that I certainly do not), but receiving something in general is a different story.  One thing that can be awkward about being on the receiving end is when someone has gotten you something you really aren’t interested in.  Of course we must still express gratitude, and it’s a good idea to dig down even deeper and actually feel thankfulness, but some five dollar hand lotion from Wal-Mart is hard to be truly thankful for.  You know something that anyone can be thankful for at any time? 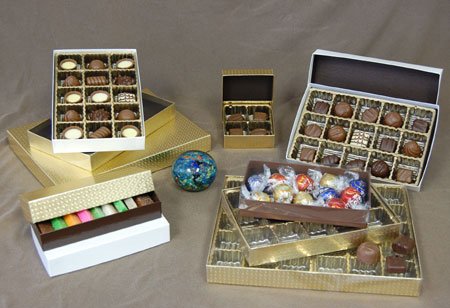 Homemade chocolate.  Without a doubt.  Here are couple different easy chocolates that you can make in a few steps:

[First of all, make sure that you don’t forget the candy boxes!  All that hard work will lose a lot of its impact if the presentation is just a Ziploc babe.  Don’t worry, you can find candy boxes for pretty cheap at a craft store.]

Homemade Butterfinger Bites: melt one pound of candy corn in the microwave, starting with one minute and then stirring it every fifteen seconds until is melted through.  Add a sixteen ounce jar of creamy peanut butter and mix well.  Spread this mixture into a 9X9 pan lined with wax paper.  Put this in the fridge and let it cool completely.  Cut into bite-size squares.  To melt the chocolate I put a glass mixing bowl over a saucepan with some water in the bottom.  As the water begins to boil it heats the glass bowl, which allows the chocolate to melt evenly and slowly.  So once you’ve melted sixteen ounces of chocolate dip the little squares into it and lay them on waxed paper to harden.  Ah-mazing!

I will go over some other recipes in the second part of this post.  While you are waiting for your candies to set, go ahead and get your candy boxes ready.  Once the candy is ready to be packaged its good to just get it boxed up so that nothing unfortunate winds up happening.  But be careful, don’t go to package it too soon or you will ruin the candy!  Then stack the freshly loaded candy boxes in another, bigger box until you are ready to hand them out.  Or, if you’ve gotten good enough, sell them (wink wink).

Boxes come in and out of our lives at random, but it seems safe to say that there is always a steady supply of them.  If the food processor isn’t needing to be replaced you’ve got diaper boxes in and out every couple of weeks.  Or maybe you buy supplements from Amazon, or use the Amazon pantry.  Odds are that most of the boxes coming in and out of your house are shipping boxes. 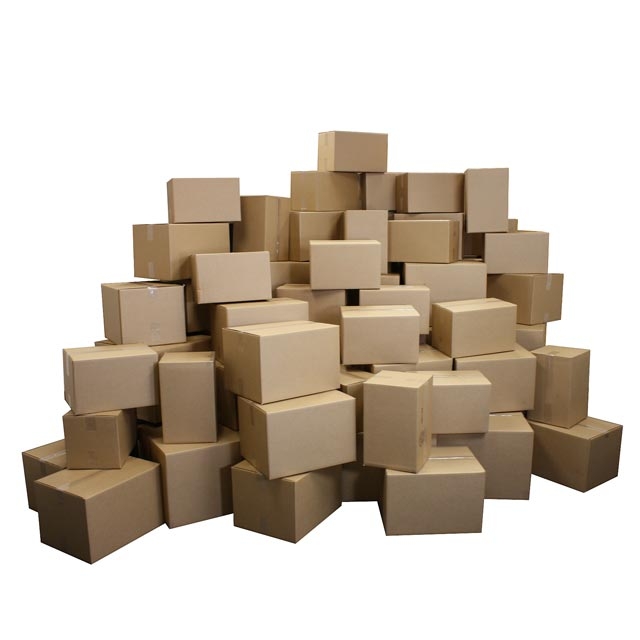 Nowadays, people are really into a little thing called “upcycling”, which is where you take something that is not glamorous and you make it more glamorous.  (My dad would have probably called this something else, but it would be far too crude to put in a blog post.)  So instead of tossing out those shipping boxes, or throwing them on the burn pile, here are a few simple way you can upcycle them and use them for something different:

It is probably not a coincidence that some of my favorite movie and TV scenes involve cardboard boxes.  It’s probably some great, cosmic subliminal message.  What probably happened was that aliens took over a long time ago because they discovered that cardboard boxes are the best form of nutrition for them and so now they put it in everyone’s minds and all of humanity has succumbed to this lifestyle of producing and hunting down cardboard boxes that we then put in a giant pile that the UFO can come and suck them up through laser beams and whatnot.  But I am getting so distracted, and a little paranoid, by all of this talk about aliens and UFOS.  That is simply another topic for another day. 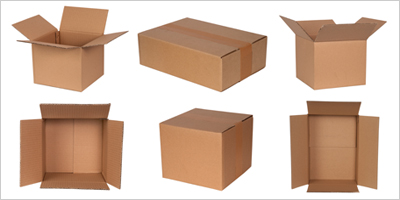 Two of my all-time favorite “cardboard boxes” themed scenes are from that TV show with Steve Carrell, The Office.  The first one is from the first season, which is definitely an awkward season (I mean, what first seasons aren’t awkward to some extent, right, as everyone is trying to figure out what the characters are like and what the show even feels like to begin with, you know?).  In the show there is this continuous rivalry between two of the salesmen, jaded youngster Jim Halpert versus the ridiculous and overly-confident Dwight Schrute, who also just so happens to be a beet farmer.  Anyway, long story short, Dwight agrees to being sealed in a cardboard box, amongst a bunch of other cardboard boxes in the warehouse, because he thinks he is going to spy on a secret conversation between some other coworkers, which was just a ruse so that Jim could put Dwight in a box for hours.  Super sad, but super hilarious at the same time.

I know it might seem a bit like overkill to rely on two scenes from the same show, but the second scene is even better and comes much later in the series, which was fortunately a lot less awkward.  In this particular scene, three of the most notoriously lame guys of the show (the boss, the beet farmer, and another tagalong who fancies himself a crooner) are running around outside practicing parkour.  This is because they had been watching YouTube videos.  Well, one of them chooses to jump off the side of a short garage on top of a refrigerator box, but it turns out said efrigerator box is empty and he falls right in.  So the last thing you hear before he hits the ground is, “Parkour!”  Once again: super sad and super hilarious.

Most people don’t know that there are three kinds of packaging tape.  This is one part of a three part series in the “the three kinds” of a certain packaging or shipping supply.  The other two parts are about shipping boxes and shipping bags.  Today, it is packaging tape.  Once again, this claim that there are three kinds is just that: a claim.  It isn’t an official designation but one based off of observation.  The consistency is why the theory proves true, in my opinion at least.  So, the three kinds of packaging tape are: casual, serious, and professional.  Below, I will explain in greater detail the characteristics that make each of these categories distinct from one another.

Casual: something that is done without much thought, effort, or concern.  Now, allow me to clarify that this doesn’t mean that you just don’t care.  This means that you aren’t trying to impress anyone, or come across a certain way.  As far as packaging tape is concerned, duct tape is pretty much the king of casual.  If you are trying to do a quick patch job, or tape up a box to send to a friend and all you have is duct tape and you aren’t going to buy more tape for no reason, than you would use duct tape.  For instance, I once had a roll of duct tape that had pieces of bacon printed all over it, and this is what I would use when sending my sister care packages in college. 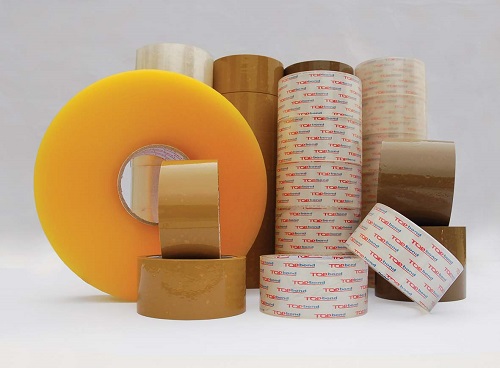 Serious: involving or deserving a lot of thought, attention, or work.  For the piece about shipping boxes I used the analogy of sending off your manuscript, and I’ll use the same one here, for packaging tape.  If you are sending off your manuscript to an editor or publishing company you probably wouldn’t be using the bacon duct tape to ship it off in.  A serious businessman would take one look at that package and probably toss it in the trash, assuming that you aren’t serious enough to be a part of their community.

Professional: exhibiting a conscientious and generally businesslike manner.  This is where an individual or organization takes extra care that their product is being correctly represented right from the get go.  Packaging is part of the “package deal” of first impressions for a customer.  It is included with the website experience (and even customer service, if you needed to talk to someone when making your order).  Professional packaging tape would be the kind that you had special ordered with your company’s logo on it.